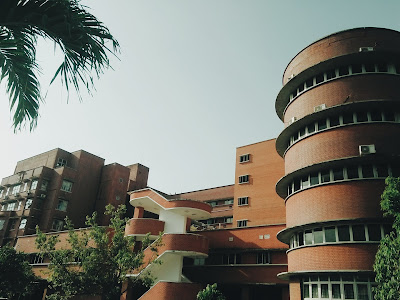 the numbers written in the coupon given by the regisration counter is one zero zero four. and so does the digital numbers displayed on the electrical led board hanging above the door frame with the 'yellow zone' mark. i stood up and pushed afq's wheelchair into the room. the last time here, i was with fhn. he's fully recovered now, alhamdulillah.

i stayed inside with afq as he almost totally immobile with his injured knee that he broke yesterday after he tried kicking a ball in cristiano ronaldo's style. what a mess this dude. the doctor, a houseman i supposed, performed the triage for afq. a black stethoscope was put on top of some form in red colour that have a human anatomy illustration printed on it.

"i suspect you tore your meniscus. worry not. nothing serious here. you'll not be warded or need to undergo any surgery."

"so, this is not an a-c-l (anterior cruciate ligament)?"

"and where can i get that?"

the doctor left and later came back with a piece of written paper. there were stamps of her name and designation as well as her boss on the paper. oh, i was right. she's in housemanship. you're doing fine doctor. well done and keep going.

"here. take this and pass it to the radiology department. come back here later with the x-ray film."

i pulled afq's wheelchair out from the yellow zone room and head to the radiology department building, which was separated from the main building. it was a single-storey building accross the back road. from there, we can see the backside of the main building of the hospital. i think this hospital had already became my second favorite building. why? later. afq just finished his photoshoot session.

back to ed. passed the x-ray film to the doctor and we were told to wait outside while she consults her boss. after a while, she called us in and shared the final verdict.

"we'll half-cast your leg to minimize its movement for protection from any further damage as we'll refer your case to the orthopedic department for further diagnosis and necessary treatment. so, we'll provide you with painkillers and medication lotion you can apply to your knee."

at some isolated treatment room or maybe a casting lab, applying asbestos plaster cast on afq's leg was a medical assistant in full black and white uniform, and assisting him, were two excited medical trainees wearing white coat with their medical college name embedded at the chest. emm, maybe they're not here to assist but more to learn by hands on experience.

done at the ed, we went to the pharmacy, just nearby the ed inside of the main building to get paracetamols and another more powerful painkiller(i forgot the name) and some lotions.

then lastly, we headed to the orthopedic department, situated at the polyclinic pink-painted building, about a hundred meters to the right of the main building, only to book an appointment there. yes, i pushed this messed up dude(syafakallah afq) on a worn out hospital's wheelchair with the scorching sun enlighten our path, only to book afq's date with the busy orthopedician. luckily i'm no candle prince, i'm a construction guy. no big deal, already used to this heated weather temperature. oh ya, we even need to pass through the parking gate where we almost took the paid parking ticket because the wheelchair have four wheels. literally. haha.

sudden flashback. somehow, i remember  once during my highrise construction site life, i climbed scaffolding access up to the 20th floor(current highest floor) to meet our civil and structure (c&s) consultant only to be told to go down again and bring up another drawing. not once, but twice. it happens quite a lot i think that time. not until i learned to be more detail on each drawing i supposed to hold at the site. to study them critically before delivering any command to the workers or before i went for inspection with the consultant and the client.

while waiting at the queue exiting the hospital gate, i took one last glance. looking at the hospital building, it always physically looks well build. but who knows how much troubles and difficulties the construction team goes through to build it up as it is now. and the hospital building always looks calm from the outside, but who knows how emotionally hectic it was inside. i guess no one will understand the struggles but those who are actually part of the inside system. 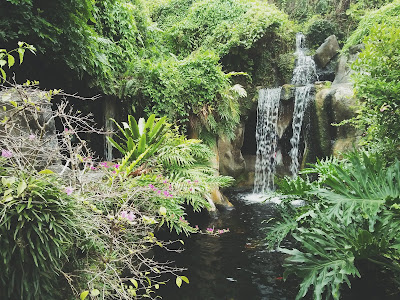 hey, you! yes.. you! hold on to your pen. never let it go again, please. you're doing great. the world needs your words. maybe not for the entire human living in this spherical earthy world, but there is someone somewhere who somehow makes your writing as his/her world; source of light in their darkest hour and the remedy for their wounded soul. and here, now, i want to tell you that your future self could be that someone. there is hope in your present writing that your future self thought he/she had lost it forever.


yes, of course, life is full of ups and downs.
so, just keep writing, okay?